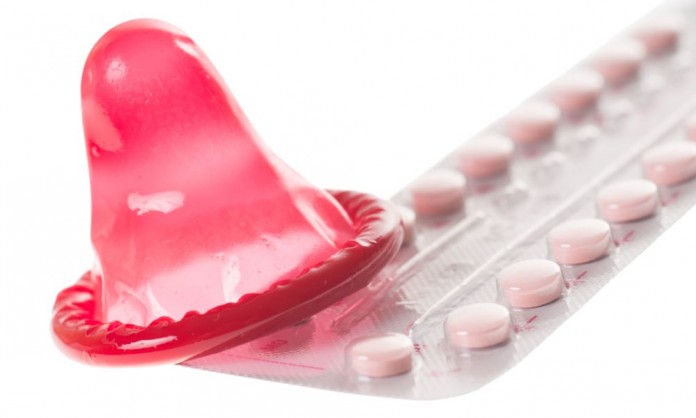 Contraceptives for birth control! Whether they are shots, pills, patches, rings or implants, contraceptives have always been more or less been considered important and essential for a female. Today, there are several contraceptives available in the market, and thankfully, they do provide the protection promised for avoiding unexpected surprises or rather shocks after your love-making.

But, if birth controls are good for avoiding unwanted pregnancies and risky infections, they also have certain negatives related to them. In the long run, they do cause spotting, cramps, heavy bleeding, nausea, mood swings, blood clots, heart attacks and also strokes. Well, they may be lab tested, certified by the medical association, but they do have these long term side-effects which largely effect women, particularly because it is women who take the job of using a contraceptive rather than men to avoid unwanted pregnancies.

There are contraceptives for men, but sadly, not as many as available for women. Condoms and Vasectomy are the most renowned two major types of male contraceptives which now have a steadily decreasing use. According to a study published in the Journal of Sexual Medicine, only about 70 to 80% teenagers use condoms dutifully while having sex, as compared to the more older and more understanding population. Additionally, it has been proven that condoms are just 98% protective in avoiding a pregnancy. Whereas vasectomy is considered, it is a permanent solution to avoid pregnancy, thus not chosen widely by men across the world. So, the question here remains, What are the Male Contraceptives against the wide range of Female Contraceptives?

Women, like always have the best range of hormonal and non-hormonal contraceptives for them to use. Right from the pills, the after pills, the patches, shots, condoms and also the rings that are pretty helpful in giving women an altogether protection against pregnancy.

Condoms: They are the most ancient contraceptives that have been used by men for avoiding pregnancy and also avoiding Sexually transmitted infections. But sadly, the use of these condoms is now decreasing in the population.

Vasectomy: This is the permanent sort of contraceptive in men wherein the vessel carrying the semen in men is blocked permanently. Once done, the man can never have kids. This is one reason why this contraceptive is not widely chosen by people.

Vasalgel: A non-profit foundation has been working on developing a temporary form of vasectomy in men. In this procedurem a polymer jelly is injected into the vas Deferens of the man, the tube which transports the sperms from the scrotum. The vasalgel can avoid pregnancy until the time needed. The gel can be then dissolved using another solution, allowing the free flow of sperms like earlier.

Implants: MENT, a 1 year implant which is injected into the man releases a steroid similar to testosterone which gradually affects the cell development in the sperms. it has no side-effect and doesn’t affect the male libido.

Gels: This is however under research and will soon be out in the market, if the results are as expected. A gel based on the male hormone which contains testosterone and progestin will inhiibit the sperm production in men without effecting the libido, ejaculation or muscle mass. The gel simply needs to be rubbed on the skin

Pill: The male pill or Gamendazole allows a man normal ejaculation of sperms which are non-functional. The pill causes 100% infertility and the effect of the pill is reversible in just 10 weeks time. The pill is successful in animals like rabbits and other non-human primates, but is still to be tested in humans.