Fitness is not just about chiseled bodies or rippling muscles waiting to bulge out of your t-shirt. Fitness is also not just about pumping metal or lifting heavy weights. But fitness is about leaving a legacy and inspiring people to follow the suit. To leave the world healthier and fit, these men have left behind saga of stories of weight loss, real life exercise tips and diet strategies. One look at these men and their swashbuckling bodies will leave you baffled and inspired to be fit as hell. Let’s have a look:-

We may not be sure of his master moves in politics, but we know that his best moves are in the gym for sure. Just looking at him can give you such an adrenaline rush that you would like to pump up just the way he did.

Ask any ‘desi’ bodybuilder about their favorite body building inspiration and they are most likely say ‘bhai’. He is Bollywood’s answer to Hollywood’s Arnie. Every time Salman goes naked chested on screen and shows those washboard abs, we go wow!

He may not possess Arnie’s bulky arms, but he’s for sure got the midsection that can make a women swoon over. Watch his body in Fight Club or as a Greek God in Troy, this man deserves to be a symbol of true fitness.

John is the one person who has consistently worshipped his body and taken fitness to another level on Indian screens. A disciplined lifestyle good food and good sleep are the key elements that make him stand out. 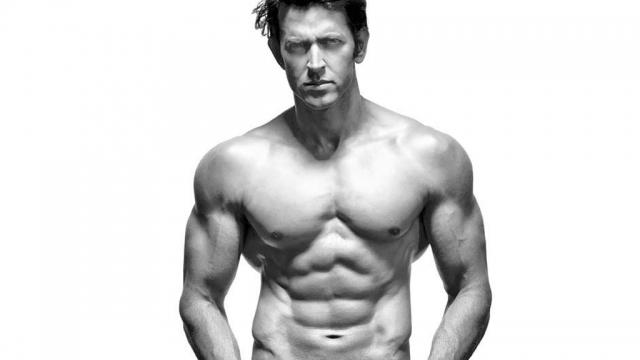 His dedication to fitness is a secret that’s out there for people to take notice. Post surgery, he had gathered quite some extra, just when Kris Gethin stepped in to make this Greek god achieve his fitness best. 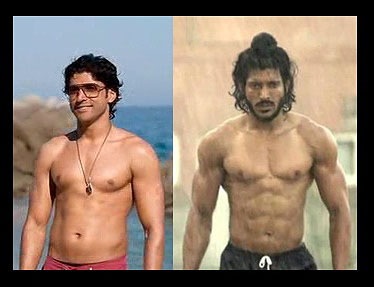 Farhan can direct, act, sing and now he’s totally floored us with  a fantabulous body with ripping muscles telling stories in every fold of his skin and abs that looked like they had been implanted there! Be it his skipping scene or the sit-ups in the rain, In Bhaag Milkha Bhaag; Mr. Akhtar managed to harness quite a few eye balls.

The boy body has been losing its ground ever since Salman grew older, but worry not there is inspiration for the younger lot and Tiger Shroff is our answer to the Zac Efron and the Bruce lee’s. To begin with, junior Shroff trained Amir Khan for Dhoom 3. Yes, that’s true. Look at the boy’s body and you’ll have the answer to “why”.

This list does not appear in any order. And forgive us if we missed anyone that should be on this list. But this is just to acknowledge that it is tough to gain some tough muscles without sweating hard. So, stay healthy and stay fit just like your favorite star.

Disclaimer: Images in this blog have been used for portrayal of fitness & SafetyKart.com does not claim any rights on them.