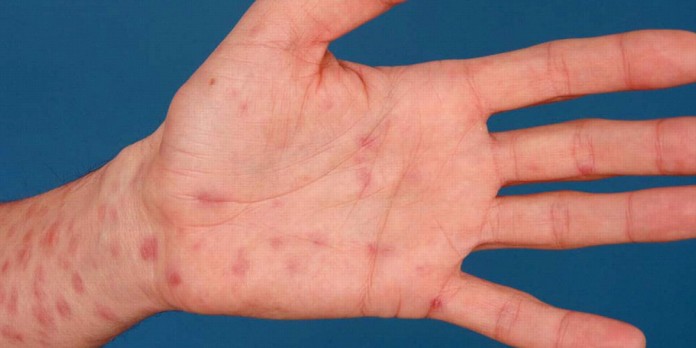 Syphilis is an infectious sexually transmitted disease caused by bacterium Treponema Pallidum. Simply put, it is a bacterial infection that is commonly passed from one person to another through sexual contact. Early symptoms include a sore on genitals without. When this sore comes in contact with mucous membrane of another person during intercourse, the other person is highly likely to contract the disease. Mother can also transmit this disease to her fetus during pregnancy or at the time of birth; it is called the congenital syphilis. People can get Syphilis without even sexual intercourse; it may affect people through the close contact of the genitals of people with Syphilis.

At times it is difficult to identify it, as this infection is sometimes active while it may remain inactive the other times; the bacteria of this disease, after the early stage of infection, can remain in body inactive for a very long time, and might get activated suddenly. The symptoms of this disease are observed only when the infection is active. If it is inactive, symptoms do not appear, but it exists. If it is at initial stage, it is not a big problem, as it is curable; one injection of penicillin may be enough to cure initial syphilis. But, if it is not treated well, it can rigorously grow and ultimately affect the brain, heart and other organs, and become life threatening.

How to Identify the Symptoms of Syphilis?

Primary Stage –The very first sign of this disease is a small sore called chancre. It usually protrudes at the place on the genitals from where the bacteria have gone into the body. Most ofthe affected people have one sore, but some people may have multiple sores as well. After the exposure, chancre takes three weeks to develop. It is not painful at all so you can hardly notice it. The chancre itself heals within six weeks.

Secondary Stage–After a couple of weeks, when the initial chancre is healed, a rash is observed on the trunk but soon it spreads on the whole body including palms and sole of hand and feet. Muscle aches, sore throat, fever, and swollen lymph nodes are also observed. These signs come and go repeatedly for almost a year.

Latent Syphilis –It is the stage which is also known as ‘Hidden Stage’ because in this stage no symptoms are visible. This stage remains for one year while the disease keeps progressing.

Tertiary Syphilis – The complicated form of the syphilis is called Tertiary Syphilis. When people avoid it and do not undergo proper treatment for this disease, it becomes complicated. Around 10 to 15 percent people suffer from tertiary syphilis. This is the stage which may damage nerves, brain, heart, eyes, blood vessels, bones, liver, and also joints.

Congenital syphilis– Some newly born babies with the syphilis may not have symptoms while others may have rash on the hand palms and feet soles.

Prevention is the Best Way to Fight Syphilis

It is rightly said that ‘Prevention is better than cure’. All of us can escape from being infected by the diseases like syphilis by following simple prevention measures. There are some instructions that can help us escape from this disease.

No Close Physical Contact with Infected People –The best way to prevent you from this disease is to avoid close physical contact with anyone who is infected with this.

Using Latex Condom –Using condom reduces the chance of getting affected with the syphilis. The importance of protected sex can’t be emphasized on enough.

Stay Away from Alcohol and Drugs – It is advised so because people in intoxication of the alcohol and drugs may lose their control over mind which may draw you towards the unsafe sexual practice.

Syphilis takes tolls of 8 to 58% of infected people, males being at higher risk. Being aware about the symptoms of this disease, identifying and treating them in-time can help you stay safe and live healthy. Make sure you see your doctor if any of the early signs appear, because ignorance is not always a bliss.