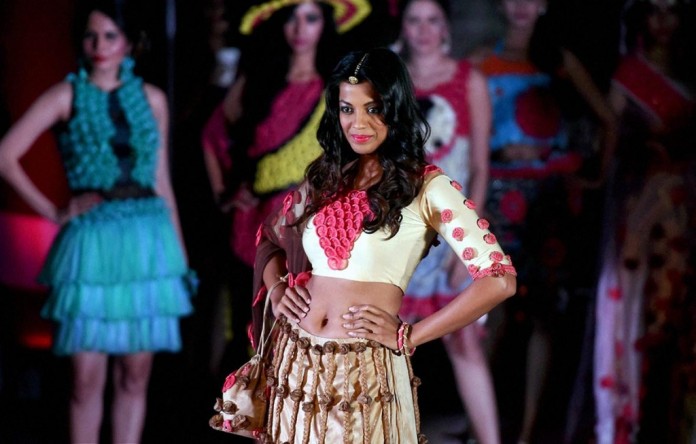 Condoms – as a life saver! Using condoms for a better sex life! And so on! But have you heard about a Fashion Show, based on condoms? Well, yes, you read it all right. India just observed its first ever Condom Fashion Show that was designed originally for AIDs awareness. The garments put up on the runway wear all made out of condoms, colorful condoms.

The sex life of people is the most dramatic part of their life. Right from thinking about it, asking or reading magazines for gaining more knowledge about sex to making full-proof plans on how to buy condoms without facing the embarrassing stare from the store-owner. But, this fashion show showed us the new thought of the younger generation and how we are slowly breaking the shackles and getting bolder with time.

Skore Condoms, in association with Rotaract Club of Bombay Film City organized this one of a kind Fashion Show which included 36 teams from a total of 78 students belonging to 11 Fashion Institutes. Mr. Vishal Vyas, the General Manager, Marketing, Skore Condoms said that the main concept behind this show was to make condoms a fashion statement. And the garments made by the students perfectly satisfied this idea put forward by the company. The question that now hovers around is: “Will this idea of making garments from condoms really make the common people use condoms or buy condoms for sex in an easier way?” All we can do is wait and watch for the survey reports to answer the question.

Until then, here is a highlight of this Fashion Show for all along with a few Fun Facts. 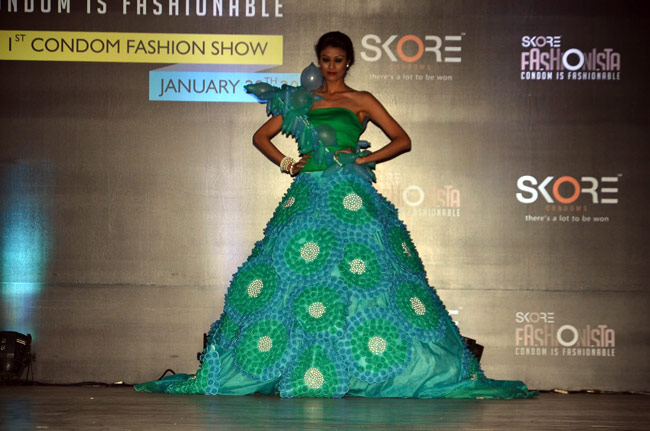