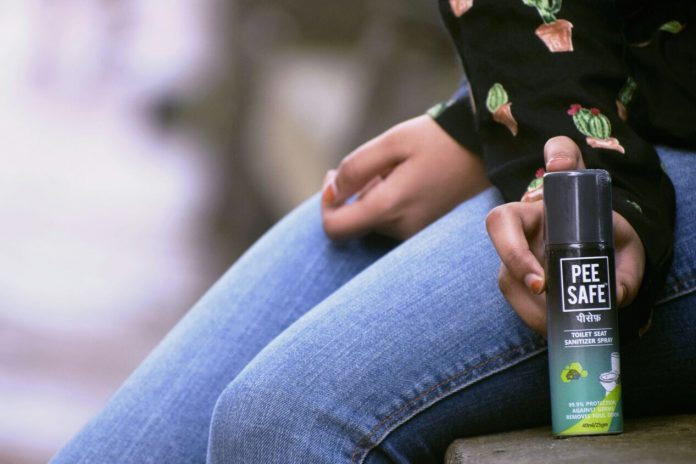 A Unitary Tract (Infection UTI) is the most common infection. As painful and uncomfortable as they are, urinary tract infections are generally not serious, and with prompt and proper treatment, they rarely lead to complications.

Of course, the best thing to do is to prevent UTIs from ever happening. There are plenty of steps to avoid a UTI.

An unclean toilet seat can really pave the way to many bathroom borne diseases especially a UTI and if it is a public washroom you have to be extra careful. The only way to prevent this is using hygienic sprays or wipes to disinfect the toilet seats.

PeeSafe is the perfect answer to keep the germs at bay.PeeSafe Toilet Seat Sanitizer kills 99.9% germ and gives protection from bacteria and is specially formulated to disinfect the toilet seat surface.It dries up very quickly and protects from bathroom borne diseases. A safe and hygienic toilet experience is the need of the hour and  toilet seat sanitizers do just that. They can be used in various places like at home, in vehicles, at restaurants, hotels, offices and while playing sports or traveling. They are portable and lightweight and fit easily in your handbag .

PeeSafe has many other female hygiene products as well.This wonder product was awarded by AsiaOne – India’s Greatest Brands 2016-17 Pride of the Nation recently for its revolutionary products.