Humiliation, corruption, harassment- these are some of the common aspects of modern society in the 21st century. News of women being molested and raped by men in public places is something commonplace in today’s world.

There is hardly any woman who has not had to face the scourge of molestation, be it through lewd comments being passed at them or incidents of eve teasing. Eve teasing is something that occurs in almost every corner of our country and is fast becoming a trend among men from the lower strata of society.

However, not many seem to care! Why should they, after all the lady in the news is not known to them. And who knows what sort of a character she possesses. Do you care?

Scary, isn’t it? Chances are she has already had to deal with eve teasing on a fair number of occasions.

Wait, you say you don’t know of any such incident? Good for you, but with so many pairs of lecherous eyes lurking out there it is not safe to assume that such an incident will never befall both of you. 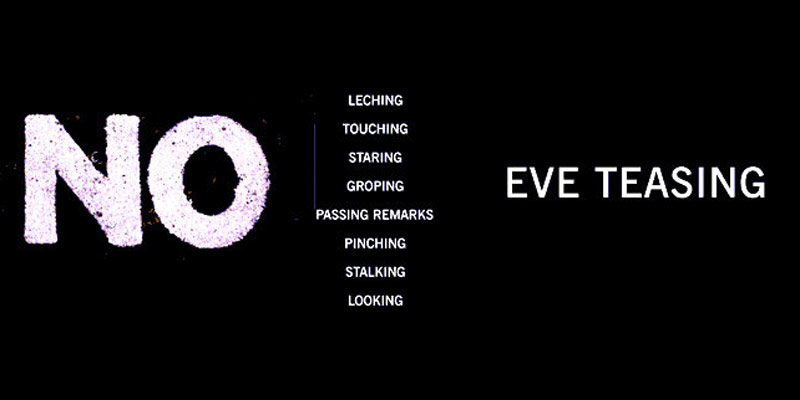 With that in mind, here are some suggestions to help you ensure that you can keep your girlfriend protected against eve teasing under all circumstances.

Arrange for personal conveyance as far as possible 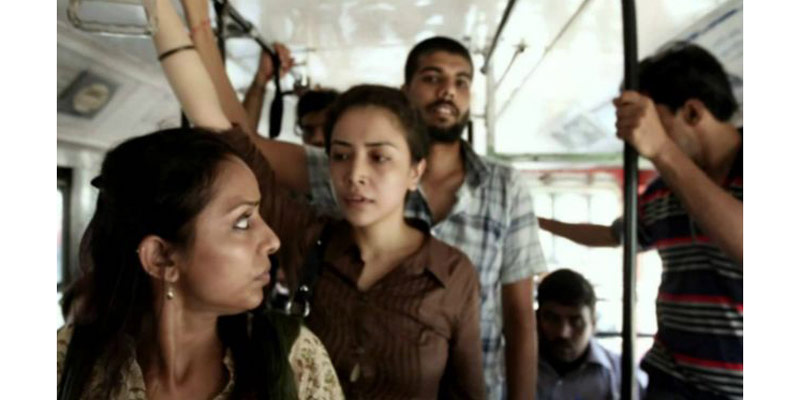 If you have your very own conveyance, great! If not, think about hiring a cab in which you can enjoy a nice ride back home with your sweetheart. Besides, it would allow the two of you to stay close through every second of the special evening.

However, avoiding the overcrowded public conveyance may not always be a viable option- especially when your account balance is running a little low. Just make sure the guy standing next to her is not taking advantage of the crowd to get a little too close.

Do not make her wait for too long

It is okay if she turns up late for your date, but beware of the consequences if you fail to show up on time! No, I am not talking about how she will get angry and throw a tantrum, and your relationship will get jeopardized. If your girlfriend has to walk in alone into a restaurant and wait, she will become an easy target for the roadside Romeos. While they may not be able to harm her physically, spare her the trouble of being leered at through the restaurant window while she patiently awaits your arrival!

Insist on putting yourself in the queue

Both of you are going to the movies and there is a long queue at the ticket counter. Insist on standing in the line while she can accompany you alongside. If you allow her to queue up, chances are some cheap guy will sidle up behind her and get too close on the pretext of their being a tremendous rush. And before you know, he could be breathing down her neck!

A group outing does not always spoil the fun

I understand that you love being in each other’s company and don’t want your friends around for too long. Nevertheless, this may be the right time to have some more group outings. Bring your friends along and have some fun just like in the old times. Molesters are less likely to prey on groups, especially on one that has a fair number of men to be dealt with.

Take note of some emergency numbers 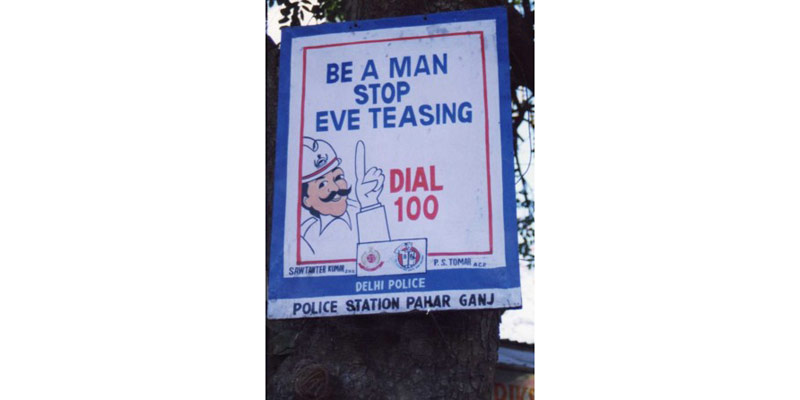 There are women’s grievance cells set up in almost every major city in the country. Make sure that you have their contact details within easy reach. If your girlfriend happens to have the misfortune of being eve-teased in spite of your best precautionary measures, don’t feel shy about reporting the matter to the authorities. Going by the records, it may be a futile exercise; then again, it could be your lucky day!

Train yourself in self defense

This is as much for yourself as it is for your girlfriend. If you find her getting molested and there is not much help to be found nearby, call upon the spirits of Bruce Lee and let the bad guys get a taste of your fierce upper cuts and piercing flying kicks. That should teach them a lesson on messing with other’s girlfriends! Also, there are several self defense products like Pepper Spray that will help her in overcoming these situation quite easily.

And if you are still interested, you can take up the matter with the police.