It was during those times when I was in my college and learned that my peers were planning a journey to Mount Kailash and then I knew I had to join the trip. As we all know Mount Kailash is known for its piousness, beauty and cultural values, it was a great opportunity for me to unveil the snow covered beauty of the mountain.

Mountains are more than just aesthetic beauty, they are the source of inspiration for each one of us. They portray strength, warmth and rigidity that make one adapt to the same traits on oneself. Mt Kailash is one of the holiest as well as the least visited destinations in the world. There is no direct way to get to the mountain as there  no airports for hundreds of miles. The weather is generally cold and can be sometimes very extreme thus making it very important for tourists to be alert while travelling there.

The actual journey began after we reached Kathmandu. To begin with the auspicious journey to Mt Kailash, we had to cross all over the borders of Nepal’s lush greenery to reach Tibet. From Humla district in the North West, a long trek began covering 35 miles through high snow capped mountains, following the Karnali river, to the Tibetan border. Mt Kailash is the centre of the universe, and the abode of Lord Shiva according to Hindu cosmology. For Tibetan Buddhists, it is the home of Demchog, the emanation of Lord Buddha.

Our first day of trip brought us to the divine cave in Tibet, where Tantriks stay. The landscape is pristinely conducive to meditation. The mind becomes naturally calm and still at a point mesmerizing you to the serene aura. As we proceeded further, there was a pervasive feeling of anticipation amongst all of our companions. Our next view was lake Mansarovar, at where we had a halt for a few hours. This was the place where I interacted with the localites and where I got accustomed to their language, cuisine, clothes and humbleness. The lake is connected to Lake Rakshastal by the Ganga Chhu channel. It is situated near the source of the Sutlej River a tributary of the Indus. Waking up early morning was a life time experience as the splendour caught our mind and eyes together. The rising sun amidst the mountains seemed like the only natural warmth that touched us for the entire day. The days are still warmer as compared to the chilled nights. People burn fires to keep themselves warm from the chill winds and cold.

Local Tibetan language along with Chinese is spoken by the settlers. Other common languages like English and Hindi are spoken by the travellers. Popular Tibetan cuisines include Thukpa (noodles with vegetables and meat), Balep (Tibetan bread) and Sepen(Tibetan hot sauce). We prepared our food inside the tents during the night and ate out during daytime. One would get hypnotized with the beauty as well as with the amazing hospitality of the locals. 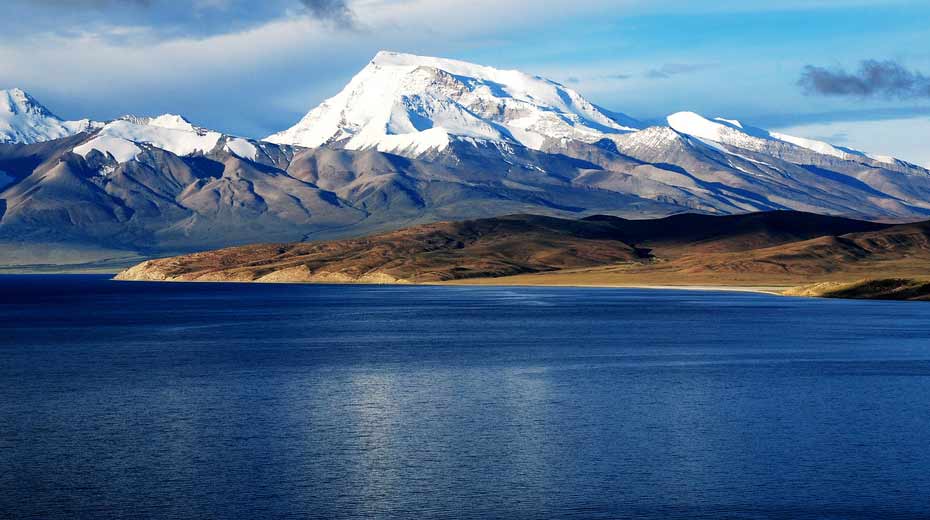 The journey back to India was blissful again. The water bottles were still frozen and we wondered if we would ever be warm again. Though I longed for a hot bath, deep in my heart I already started missing the mountains, trees and snow. The enthralling nature and the mountains towered us from all sides showering us with chills of winds and snow. The entire journey captures your inner sense and merges with the natural beauty which makes you calmer as a person. As we finally reached back Kathmandu, I found myself with a more curious mind. This was a gift to me from Kailash!

As a trekker, I would suggest people who go on similar trips to follow certain parameters before planning to move upwards. A good intake of fluids, eating less, and taking deep breaths are a few health measures that need to be taken. While moving high in the altitude, try walking slowly because if you rush up you might fall into trouble due to shortness of breath and less energy. You should be well aware of the items that you require while going out for a trek to the auspicious region. Your body should be well fitted to the environment with a good practise of jogging, running and walking for 30 minutes daily. A well protected backpack, gloves and jackets to protect yourself from the killing cold, medicines, first aid kit, a torchlight, packed light food, water bottle and last but not the least a few emergency contact numbers that you might need if needed.