China has been all over the news for its recent moon mission endeavors for which they ended spending billions of dollars in order to get a specimen of moon rock to earth. However, that shouldn’t stop you from undertaking similar endeavors of your own. And don’t worry, you don’t have to spend billions of dollars to get it. We have a better idea! What we have, is a much simpler, easier, a much practical but equally adventurous and safer alternative – Chandrashila. 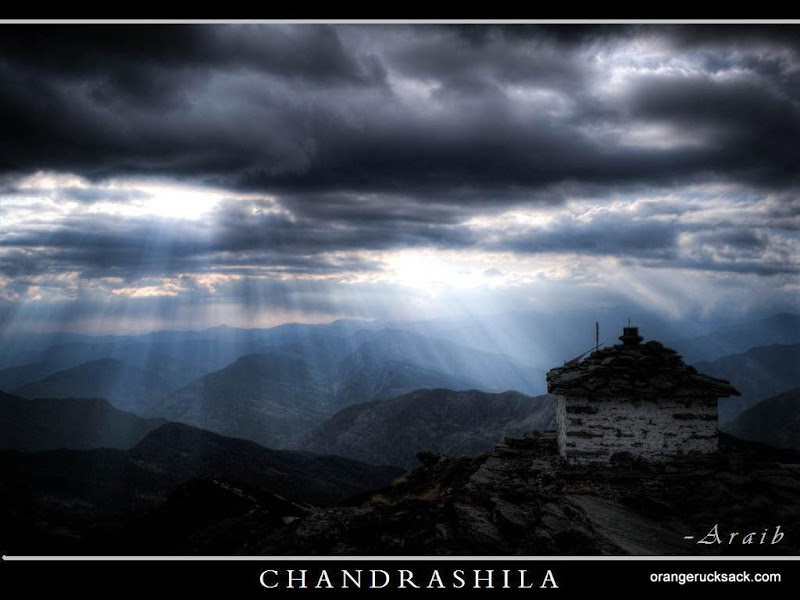 Chandrashila is the summit of the Tungnath. Translate that into Ancestral Hindi and it will mean “Moon Rock”. It is located at a height of about 13,000 feet! 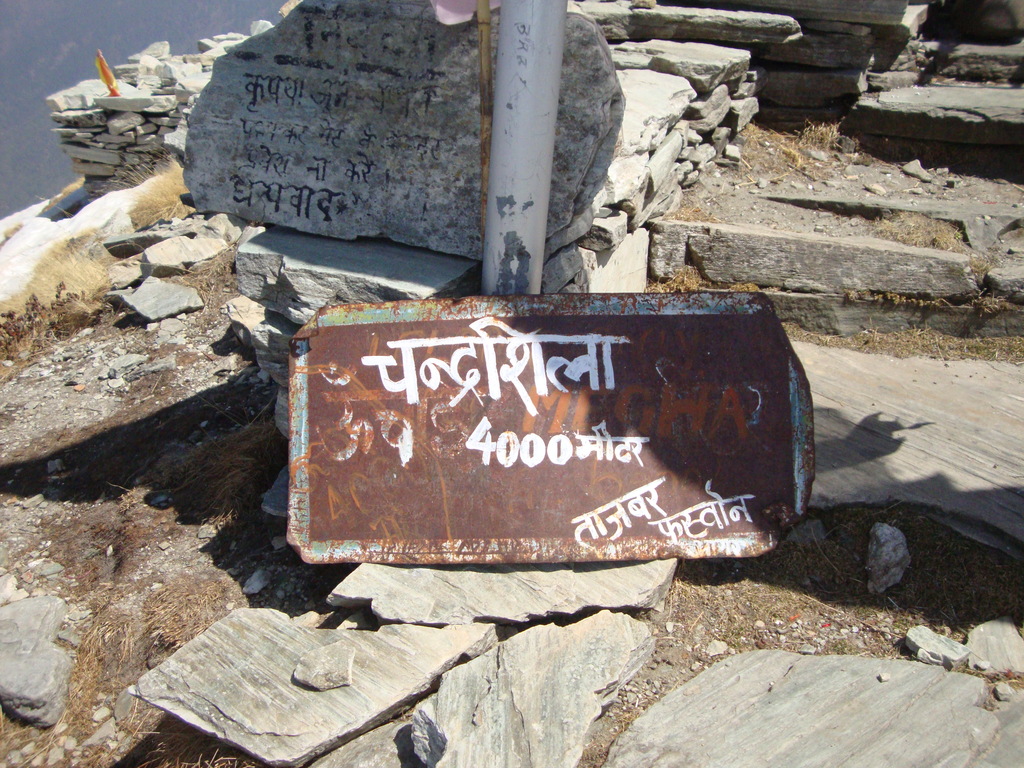 If popular legends are to be believed, Lord Rama meditated here after defeating the demon-king Ravana. And why wouldn’t he, this place is one of those which you have to see to believe how beautiful it is. 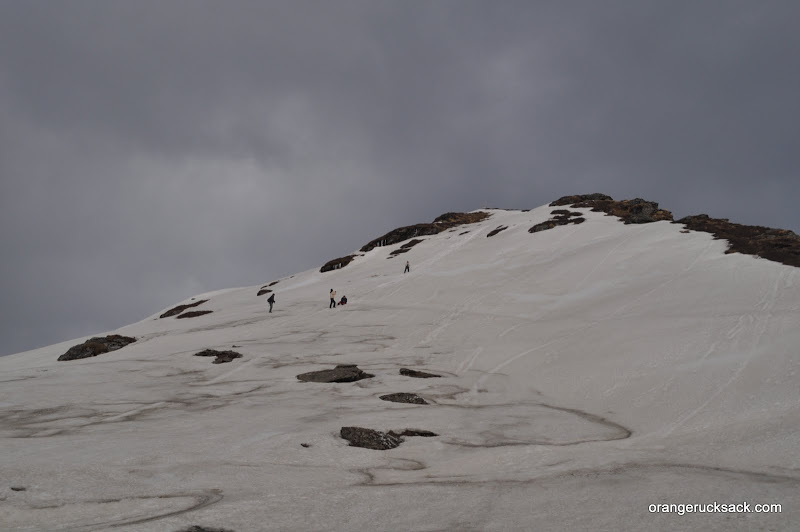 Chandrashila is strategically placed at a place where it offers you a 360 degree panoramic view of the entire Himalayan Range. It has a beautiful trek with experts rating the trek as easy to moderate, based on your route and capabilities. 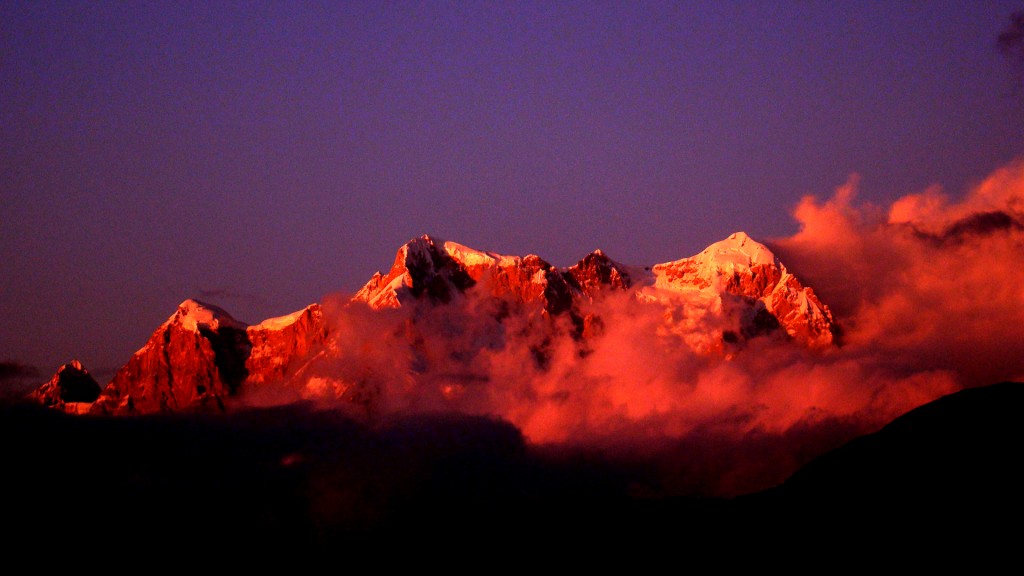 How to get there: You can take a bus from Haridwar or Dehradun, from both of which it takes about ten hours to reach Chopta, where Chandrashila is. Chopta is well connected by motorable roads with major towns of Garhwal region of Uttarakhand. 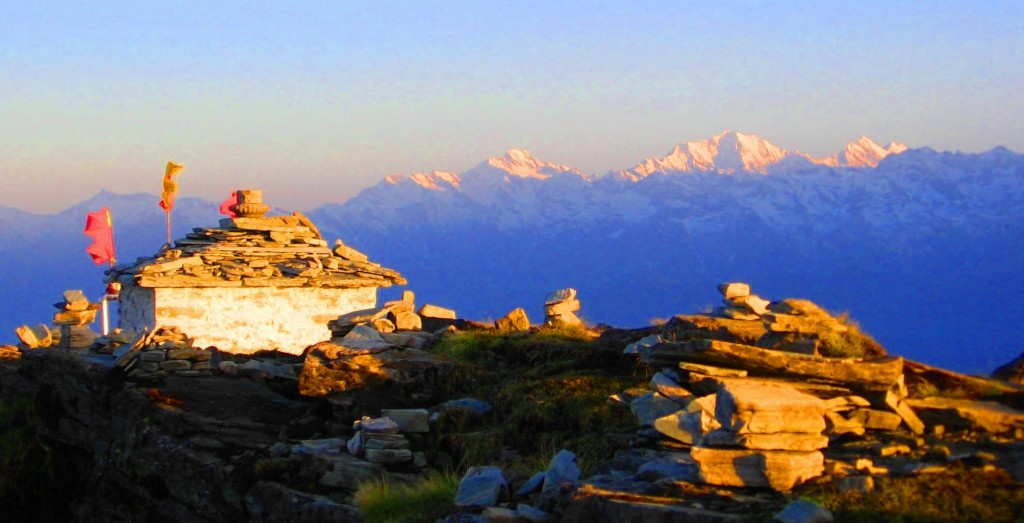 Chandrashila treks are one of the most popular treks among Indian trekking enthusiasts. The trek to the peak is about 5 kilometers long. The trek route that starts from Chopta and goes through Tungnath (which also incidentally is the highest Shiva temple in the World), from where it’s only a kilometer long but steep trek. Though shorter in distance, steep climbing makes this trek rigorous. 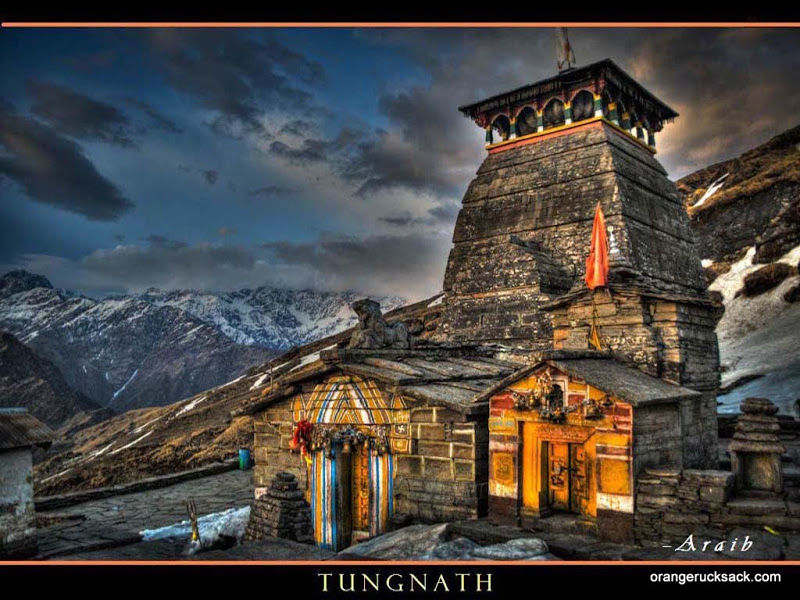 This trek is undertaken throughout the year although during winter season due to snowfall this trek becomes hard as roads become inaccessible.

Treks is perhaps the biggest reason why would one undertake such a trip. But perhaps, trek isn’t the only reason, the only adventure on an ‘adventure trip’. Setting up a tent, spending a night with a bonfire overlooking the deep valleys and high rise peaks is all part of the deal. The biggest benefit of spending a night in a tent in the middle of nowhere arguably, is perhaps to wake up early in the morning and catch the early sunrays reflecting off the golden peaks. 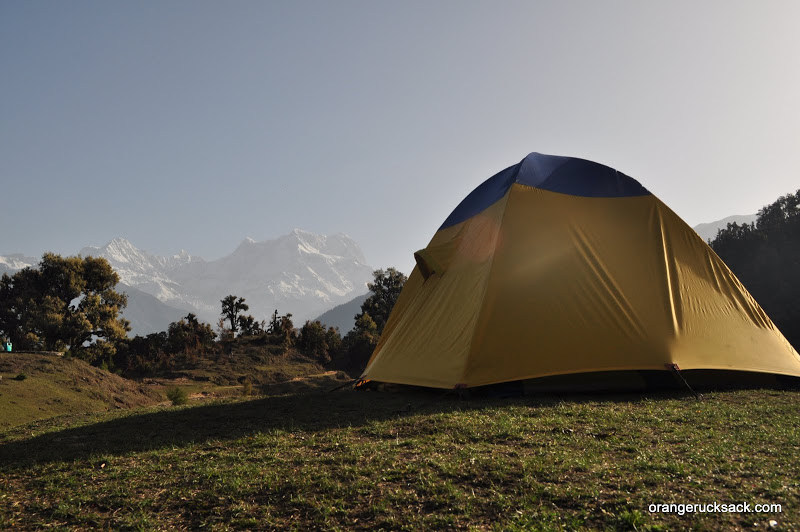 Which is why, we suggest that you take a look at these tents. How to choose a tent has been previously covered by us here

Sleeping alone can get scary even in the comfort of your house. Transport that into an ebony and ivory sky with dark trees to surround you, you wouldn’t feel so comfortable, if you are to let’s say, not get sleep until 2 AM! It is therefore, always a nice idea to get a larger tent and sleep in a group, if you are one of those soft hearted people. Which is why, we think this product is just for you.​ 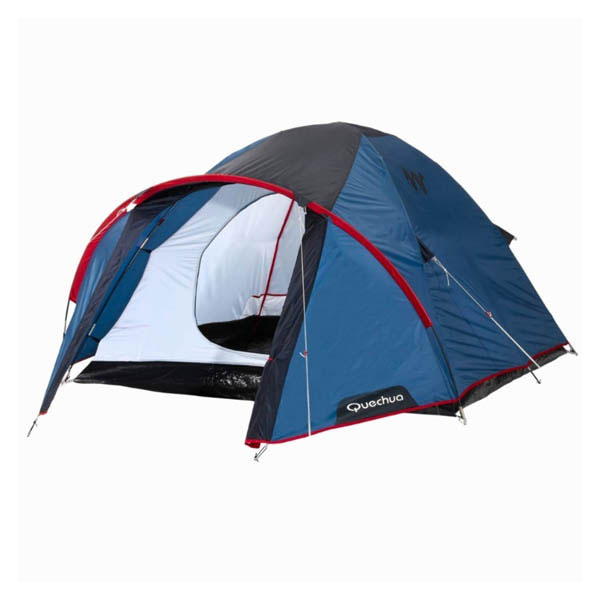 But what if your idea of a perfect date is to take a nice adventure trip with your special someone? Don’t worry, we have that settled too. Meet Quechua T2 Ultralight Pro Tent, fit for two persons! 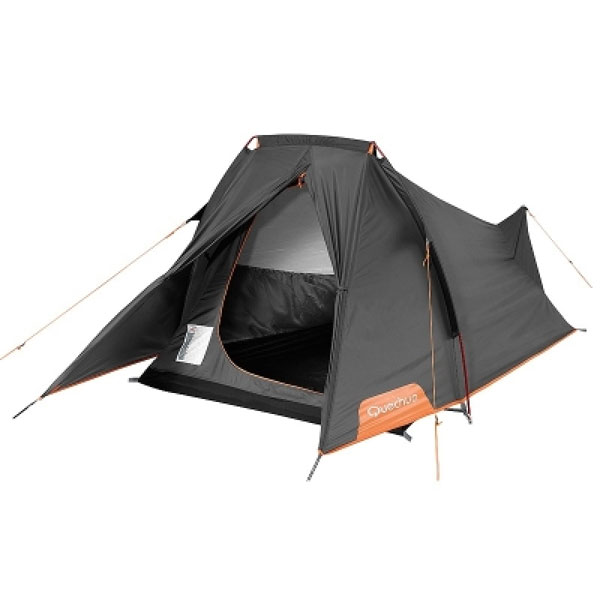 But what I’ve been hiding from you all along really is Quechus Tent. This is an instant two second two people tent! It’s designed for two and factors in light weight. That means, you can pay attention on the things that matter and not waste your focus on lugging something heavy on your shoulders! 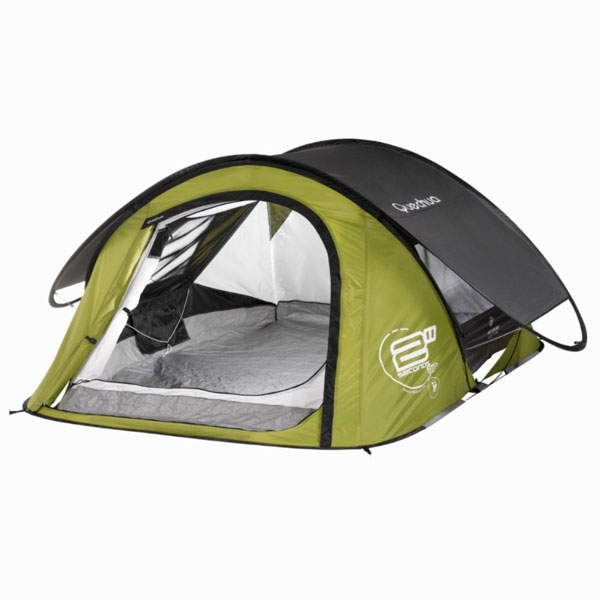 Hopefully you’ve made your choice by now of selecting your tent. You have? Great! What’s really important after securing your place to sleep in the middle of wilderness? Food, you say? Water, did you say? Map? No.

Studies carried in universities all across the world tell us that a shower in the morning increases productivity, lightens mood, scares away stresses and makes you smell better. Well, we didn’t need research papers to tell us that last one. But a shower inside a tent you ask? 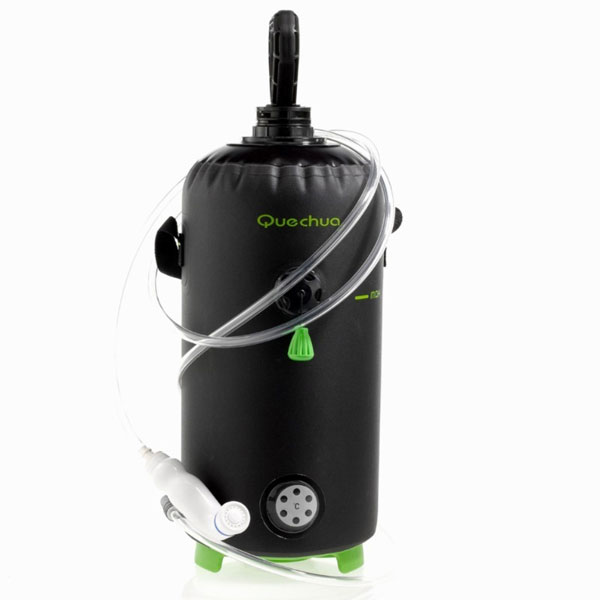 With that, we hope we have settled your desire of looking for options to buy a tent for your next adventure. Follow us to keep getting updates on our newer updates. With every post we are hiking up the level of difficulty of the treks that we are covering. So if you think you’re game, keep an eye out!