There is an increased trend in the world for new mothers to return to work much sooner than they used to, some do so within two weeks of delivery. People in different professions to those in lower paid jobs return to work sooner often within scant days due to the increasing financial and personal pressures. And in trying to juggle so many roles at once, women often feel swamped and it also affects the baby care routine along with taking care of their pregnancy weary bodies. The change is owed hugely to the importance that a woman’s income has gained today who in some cases are even the primary sources of income according to a survey. Very long maternity leaves on the other hand tend to have a huge impact on the economic and professional life of women. A company only offers so much paid leave for maternity care beyond which they have to suffer loss of pay. Also, if a woman decides to take a break for a year or so after pregnancy and resume work later, the career growth takes a downside.

So how much leave is good enough? In an ideal situation, a woman must have paid maternity leaves that enable them to recover physically from the weariness of pregnancy, bond with their babies, nurse them to good health and get into routine with the new addition to the family. The length of a mother’s maternity leave seems to affect the growth and health of their children, development of good IQ and decrease child mortality rates. It also affects the mother’s state of mind. A mother must be mentally prepared to confidently leave her child at home in the care of others. If not it would mentally stressing. Also, the stress of going back to work soon can affect your mood and increase irritability if that also means you’re going to be more weary and sleep-deprived than you were in the first place following your delivery. 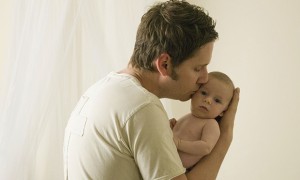 When a mother goes to work soon after birth when their babies haven’t even begun to smile, and new mothers especially in case of caesarean deliveries, the mothers are only still recovering, it has been found to be associated with delay in development, frequent sickness and increased mortality rates in the children. While there are no established reasons for children growing taller and sharper with their parents around, research shows that kids whose mothers stay at home for at least three or months certainly are advantageous comparatively. For instance, a survey once demonstrated that working women hardly kept up with vaccination and immunization routines, doctor appointments and breast feeding making the child susceptible to infections and sicknesses.

A lack of time after delivery has also been associated with depression in new mothers. While not all countries offer more paid leave for maternity care, a maternity of leave of around 12 to 15 weeks could be ideal for pregnancy without hindering the economic and professional achievement of the new mother.