It is common to see people who live in metal roofed shacks without bathrooms surfing Facebook on their smart phones. And it shows how, multinationals are often better at responding to peoples’ needs than governments are.

India has some 565 million mobile phone connections, covering roughly half the country’s 1.2 billion people. But only 366 million people, a third of its population, have the use of a proper toilet. Shocking as that statistic may be, a combination of social, cultural and economic factors are at play..

In Urban India, the biggest concern is how to keep toilets germ free. The fact that there is the luxury of a toilet everywhere is taken for granted. But in many rural areas of India in particular, people do their business outside. This is called open defecation. Half the population of the huge country of India doesn’t have access to a bathroom

The main reason for the lack of proper sanitation is poverty. A working toilet not only requires a bowl to sit on, but an entire waste system to get rid of the excreta, and that is expensive. Other reasons toilets don’t exist in many areas are lack of water for proper flushing, and local beliefs and traditions. Some just don’t see the necessity of using a toilet.

But open defecation and unhygienic toilets is a huge health hazard. It causes death for millions, prevents children from going to school, and threatens the environment. It can also hurt peoples’ dignity. That’s why toilets can change the world. 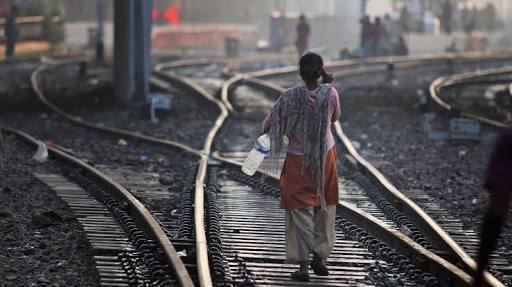 World Toilet Day: 19 November 2017 was launched to ensure everyone has access to toilets by 2030. This makes sanitation a global development priority. In 2013, the United Nations General Assembly officially designated November 19 as World Toilet Day.

For a hygienic  toilet experience use PeeSafe. Developed by their experts and doctor recommended PeeSafe is the only solution to a clean and safe toilet. This Toilet Seat Sanitizer Spray can be sprayed all over the seat to keep it 99.9% germ free. PeeSafe products are portable and easy to carry in your bag anywhere and everywhere.

You can buy you PeeSafe products today at amazon , flipkart, nykaa , shopclues, and safetykart.com