It has been two years since the brutal rape incident that took place in a moving bus in the national capital. December 16, 2012 triggered the entire nation with shock, terror and hatred especially towards Indian law and justice. We are left gaped if asked whose fault it is actually. She was only a 23 year old medical student who boarded the bus with a male friend thinking it to be a safe mode of transport during that hour of night. She was stripped naked, brutally raped and thrown off the bus along with her male friend. The nation awaits the verdict now for the rapists to be hanged.

The recent rape of a young woman inside a cab just after two years of the major rape incident in the capital is a reminder that nothing major has changed in our society since then. This year the girl was alone travelling by a safe cab that had a global positioning system installed to track the cab number and its location. This sounds safe, isn’t it? But the incident has outraged everyone especially women who are the target of these gropers with psychotic persona. The woman was drunk and dozed off inside the cab when the driver molested her, before threatening to death. After police caught the criminal, we came to know that he was a usual molester who had been to jail many times but was out on bail.

Exactly after two years another incident has been recorded by a senior official of Indian Institute of Technology, Guwahati who has allegedly raped a junior colleague and has been arrested by the police.

Mindset of people cannot be changed as of now but safety issues can be carried out by women themselves.

After every rape case in the country, there are candle light marches, street protests, hatred, unheard cries of the victim’s family and new laws against women crime. But is this enough? We need to know the root reason of such crime against women. Its not only in Delhi but all throughout the nation where women have to undergo such violence daily. Not only in deserted streets at night, schools, colleges or workplaces, but even at our very homes, women face issues regarding molestation by their fathers, brothers, uncles or any other male member. So what is the solution? Mentality can not be changed easily. Why do women need to dress up in a proper way? Why can’t a man respect a woman if ever they wear short dresses? 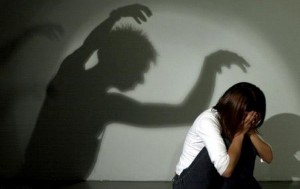 Did 2012 rape case upheaval made the national capital any safer? Things have definitely changed, several things have been improved since 2012 like stringent laws have been made to prevent rape have been passed, more support is provided to victim’s families and the victim. Delhi police have set up women help desks, traffic police at major or minor segments of the city and these are functional 24*7. There have been various women safety regulations to save women against the criminal attacks by men. Certain things though remain the same as in the rapists are only given life time imprisonment or sometimes only a few months term of jail.

Its not about two years but even before the Nirbhaya case, Delhi was prone to hear about rape cases with Dhaula Kuan issue  hitting the leads of every media. Barring Delhi, there have been cases in Mumbai, the fashion capital of the country, where an intern was gang raped. Other States have also been victimised to such crime, hence to combat crime against women is to be alert and responsive by women themselves.

The only way to a safe society is to stay safe oneself. Women need to be very alert and active all throughout the day everywhere be it on streets, office, cabs or home. When alone or in a group, women should take care of themselves by being careful. There are safety products available in the market like pepper sprays that counter attack multiple attackers at the same time or ninja kubatons that are small sized wooden pocket sticks to provide safety against attackers to women. Self defense products are must haves for every woman.